I cannot tell you how much I love this Band.  The best Rock n Goth on the damn planet. 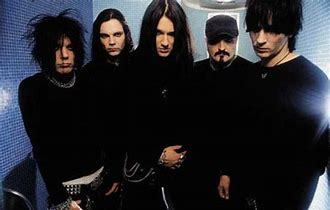 Let’s meet the guys, as if you don’t already know:

”I rushed to buy the brand new Cramps album in the early 90’s at my favorite record shop. When I asked to listen to it, the guy behind the counter looked at me and said: ”C’mon Jyrki, it’s THE CRAMPS, you don’t really need to listen to it beforehand!” This kind of logic should work with the new THE 69 EYES album as well. It’s THE 69 EYES, goddammit!”

Producer Johnny Lee Michaels teamed-up with THE 69 EYES in the final months before the Millennium and together they developed the band’s ‘Goth’n’Roll’ signature sound on the albums »Blessed Be« (2000) and »Paris Kills« (2002). After over a decade the band has finally got it’s 6th vampire back and is now releasing their 11th album called »Universal Monsters« on Nuclear Blast Records. Once again produced by Johnny Lee Michaels who is also on keyboards, backing vocals and, most importantly, involved in the arrangements. This is 100% pure ‘Goth’n’Roll’ in 2016!

Universal Monsters« has already been said to sound like an album that could have come out right after »Paris Kills«. Yet it’s as mysterious and surprising as THE 69 EYES have always been. Epic songs like ‘Blackbird Pie’ combining Celtic melodies with Ennio Morricone-ish string arrangements, Native American flute and singing together in the way music was once done and the west was won… or strange French-new wave rock with the chorus of ‘Miss Pastis’… or a Jim Morrison-esque mystic postcard from ‘Jerusalem’…”Nobody makes music like we do, man! This is our life, this is what we believe in,” says vocalist Jyrki 69.  And I totally agree with Jyriki’s statement.

The first single and video ‘Jet Fighter Plane’ represents the band more current and nearly political stance – though they claim to have just written a Cold War-era sounding retro song.

“We sounds as fresh as ever, the music goes itself and takes us into undiscovered paths and soundscapes. How the album grew into what it has become just surprised us and you can really hear the creativity blooming there. And still it sounds nobody else but THE 69 EYES, “ tries the vocalist Jyrki 69 describe the mystic recording process.

This is one of the best damn songs, talk about not being able to sit still.

And like always, the best backing vocalists can be found from the closest bars in Helsinki! This time the local latest hard rock heroes, SANTA CRUZ were recruited for the backing vocal sessions.

The cover artwork of »Universal Monsters«, as well as the first video single, were conceived by Finnish photographer and director Ville Juurikkala – known from his works for NIGHTWISH, AMORPHIS, HIM, APOCALYPTICA and MICHAEL MONROE. As the album title »Universal Monsters« refers, the band are portrayed in movie monster lightning, showing them as well classic and timeless creatures. “The covers are planned and designed as an old-school CD covers – remember when the booklets used to be as exciting as the album itself?! It will actually have five different covers being such a folder – each member of the band can be used as a cover creature of their own. Ville has really succeeded in capturing the classic movie vibe for the shots without any special make-up or photo shopping. THE 69 EYES are the universal rock ’n’ roll monsters – not so many of us left anymore,” says THE 69 EYES vocalist Jyrki. “So from real fans I wish they would get the actual CD in their hands to get the full album treatment as we have planned it to be experienced!”

THE 69 EYES started in Helsinki, Finland in 1989. Hailing as a glammy Dark Rock band their sound was described as ‘Goth’n’Roll’ by the turn of the century. With their platinum selling albums and radio hits in their native Finland, the band has toured all over the world for two decades. The easiest way to find their shows is to follow their fans who stand out from the crowd easily in the way the classic cult band’s fans do. The band has also gained a nickname as ‘Helsinki Vampires’. 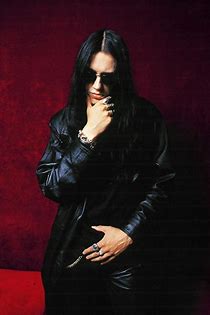 Seriously look at Jyrki, he’s so smooth and deadly as hell, what else can I say, and the way he sings those songs makes your head just explode.

If you can watch this video and not have some kind of reaction, there definitely is a problem somewhere OMG PERKELE

One day Juha and I were discussing music which is a huge passion for both of us, and I started to tell him the more I listen the more I discover, like the bass, the guitar, and then one day I discovered Jussi the drummer for 69 Eyes.  This is just a bit of a back story for Jussi’s hair style.  Jussi met Nikki Sixx of Motley and Nikki commented on Jussi’s hair and how he liked it, Jussi replied you should I got it from you, true story, as the source wouldn’t lie

I’ve started to get past the look of the band and into the sound of the instruments.  Jussi is one of the most focused drummers I’ve seen yet.  The sound he commands his drums to make during songs is in creditable, and he is easy on the eye lmao. But watch him play.  It amazes me how drummers can keep up that pace during a concert.

An interesting fact about Jussi is he owns “The Riff” one of the Best Rock Bars in Helsinki, Finland. 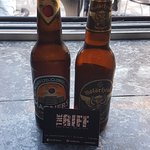 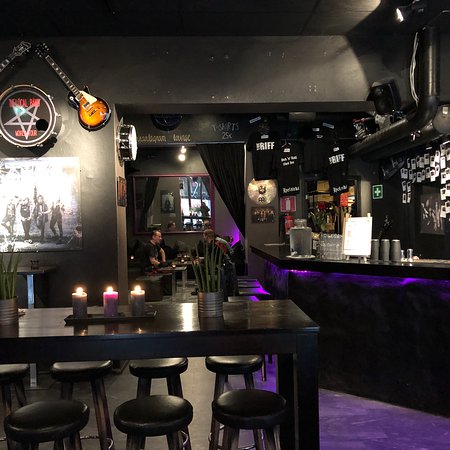 It’s a beautiful bar, and has been know as a hang out for Children of Bodom,  so let’s drop in and see who might be there.

Now Here is every bodies favorite

In closing i have to say  69 Eyes is one of my top 5 bands.  WHY?  because they  came back, and are as good as ever.  I have yet to run into a band like 69 Eyes, that when the music plays and the words flow from his mouth, as my metal man Juha puts it, my head explodes, but it was him that first introduced me to this this simmering gothic band that I can’t and won’t let go of, a big kiitos rakas to my Kulta.

Usually I would say this band has the fire but 69 Eyes is more  and has more than fire, they are like liquid Mercury, so soft and smooth and yet deadly if ingested.   This my HeadBangers is liquid mercury never to be destroyed….. 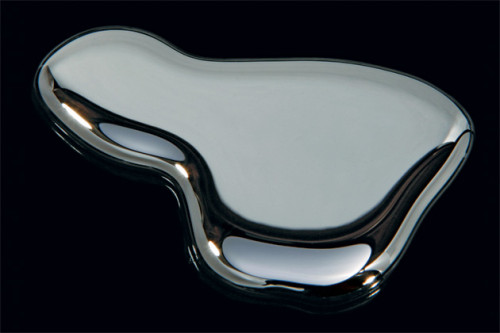 That’s it for this week Head Bangers.  Join me next week for another band and  another song.  Till then dont get to close to fire if you can’t handle the burn…