“We are a new hard/alternative rock band from Pittsburgh, PA.  We’re are currently in the studio working on our very first and self-titled EP.  We can’t wait to share it with you”. 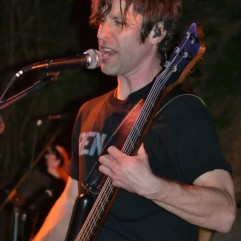 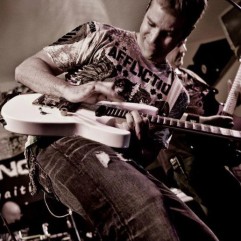 This is their new release:  The Storm Inside

I really like this song, the vocals are great and so are the instruments.  You can hear everything.

Formed in 2016, founding members Scott and Amy wanted to combine their love of aggressive, guitar – based rock/metal, hi-tech sound of synth/techno and the cinematic quality of modern film scores with strong melodies, and deliver it in a rock band format.  Backed by a killer rhythm section, Falling into Red was born.

In “Haunt Me”, I like how use their synth programming to get that sound, I can’t describe it, but I like it, and that Bass, yeah it all comes together.

Hard at work in the studio, they released their first single “Haunt Me”  in early both “The Storm Inside” and “Burns So Slow” released in the following months.  Falling into Red’s first EP is planned to be released in 2018, which is below’.

For a relatively new band I can honestly say that I really do like their music.  I like how they are using that synth programming to obtain a really different type of music.  This band is one to keep your eye on, my sixth sense is telling me we will hear alot more from “Falling into Red” and of course I love how they bring their fire….

Well my Head Bangers that’s it for this week, join me next week for a new band and another new song, in the meantime don’t stand to close to the fire if you can’t handle the burn.