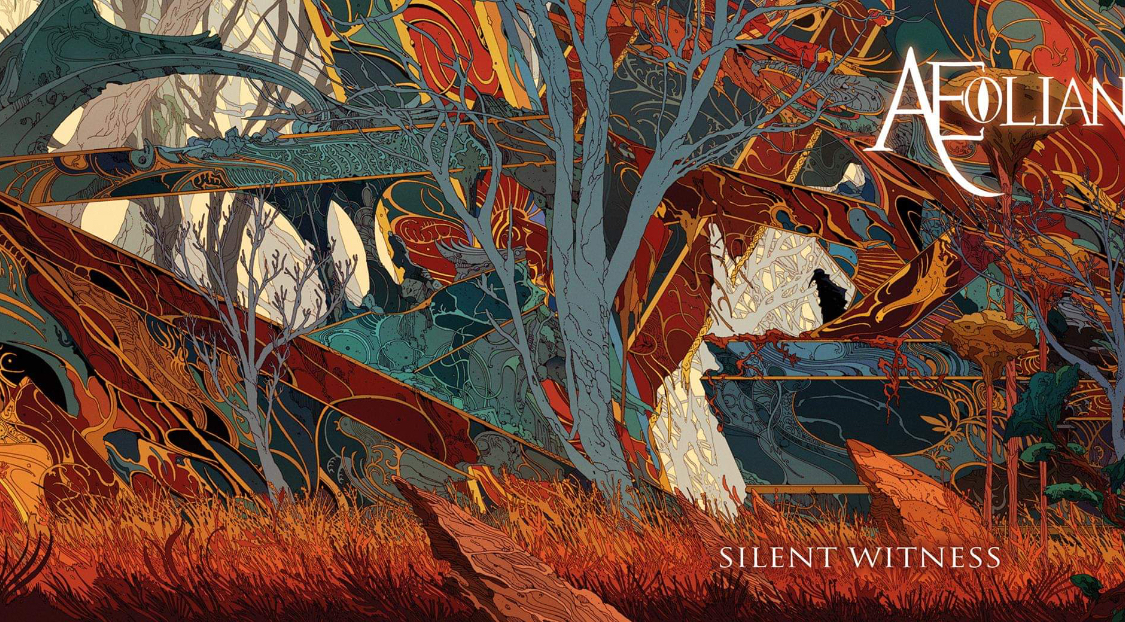 Ok my HeadBangers are you hearing this message??  Take a look at the NEWS, the rainforrest is being destroyed on a daily basis.  Time to wake up!!!

Before I go any further let’s meet these Metal Heads that care about the planet we live on.

I have to say something about the vocals here, PERKELE, Daniel Perez, does he have the growl vocals or what.  When I watch live videos on UTube, they usually don’t sound this good, but Daniel has got this down.

Let’s get to the BIO on these guys, provided by them, no FAKE NEWS HERE my HeadBangers:

We are a metal band from Mallorca which calls for the need to protect the environment through our lyrics. Our main musical influence is melodic death metal, though our songs also contain elements from black, death thrash and folk.

It all started during 2016 as a personal project. Through the compositional process, the project gradually turned into a band. Today, Aeolian is formed by musicians coming from bands such as Helevorn, Goreinhaled, Desmodus, Inferitvm, Strangled, Battlehorn and Decomposed Torso.

Towards the end of 2017, we began the recording of our first studio album entitled ‘Silent Witness’. This work was produced and mixed by Miquel A. Riutort ‘Mega’ (The Unity, Cryptosy, The Agonist, Hirax) in the ‘Psychosomatic Recording Studio’ and mastered by Tomi Toivonen in the ‘Raivio Sound Finland’. ‘Silent Witness’ has been acclaimed by the specialized press all over the world.

So far, we have performed to present the album on 22nd September in Tunnel Rock Pub venue, on the third edition of the Extreme Division Festival on 3rd November, in which we shared stage with Crisix, Ereb Altor, Cannibal Grandpa and VxPxOxAxAxWxAxMxC and at the presentation of the new album of Helevorn where we shared stage with Saturnus on 23rd February.

Check out their Facebook page for more pics and info, in the meantime they have this gig coming up.

“Return of the Wolf King”

I fricking love this song, those growl vocals just kill me.  And he keeps going without missing a beat, and the music is just what we HeadBangers love.  It’s hard, fast, and has a message so listen to it.

My thoughts, well my HeadBangers, if you have seen the news lately you already know that the Amazon is being destroyed on a daily basis.  This week, as I hope you all know, a teenager from Sweden @GretaThunberg spoke or rather ripped and kicked ass at the Climate Action Summit at the UN.  I believe that through music and people like Greta, humans can be inspired to be better caretakers of this planet.  Take control and do what is right for all its inhabitants.  The timing of her speech and Aeolian being on the blog I believe was fate.  It doesn’t get much louder than that HeadBangers.  SO let’s all do our part so that the next generation of MetalHeads can still hear what great Metal Music is about.  A big thank you to Raul for getting me info and pics, I always love it when a band is excited about what they do and not to mention a great message and great music.  I know we will be hearing more from these guys.  I’ll update as they go.

Well my HeadBangers that’s it for this week.  Join me next week for another band and another song.  Yeah you know what’s coming, in the meantime don’t stand to close to the fire if you can’t handle the burn…..