Something a little different tonight.  I have to share my picture with all my HeadBangers.  My Bestest Buddie, Diane at @DianesDigitals on twitter, in Canada, we’ve been friends for years, did this painting and well I sort of had to have it lmao.  Look at it, it has everything a Viking Metal Head needs.  The Ravens. the wolf, the night, blood red sky and even a melodic death tree not to mention that moon.  Let me break this painting down for you, of course it speaks to me and you know the rest…. 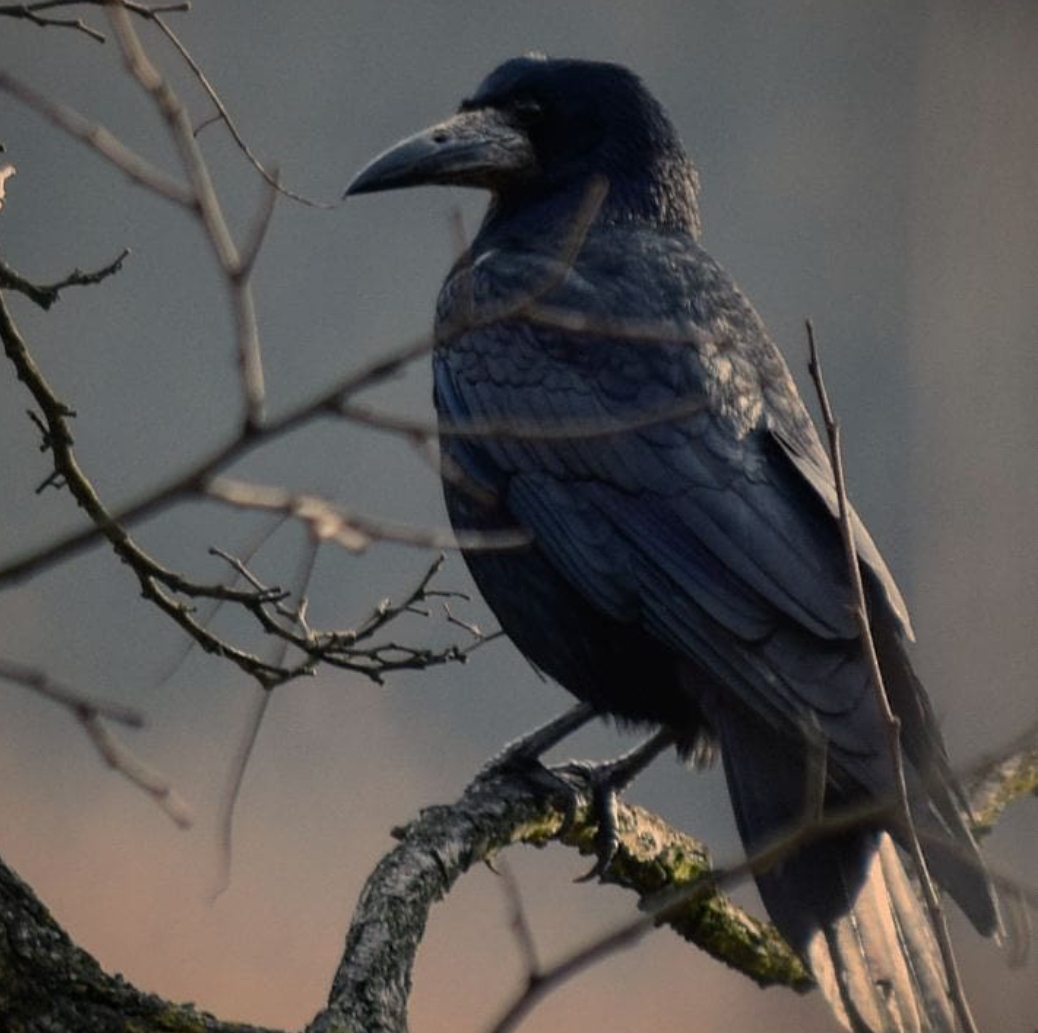 The US Raven that I grew up with.  And do not call it a crow at least to me.

My Finnish Raven, I have one that visits me on the balcony.  This summer he came 2-3 times a day.  I fricking love them.  Ravens are awesome.  You know they are considered messengers.  The Metal Man doesn’t want me getting to friendly, but I can’t help it, they speak to me.

*They have been both feared and respected birds in many cultures. In ancient  times Finland ravens were powerful animals connected to witchcraft and often shamans had ravens as their pets.

What can one say about a tree, well…..

And that full moon…..

There you have it my HeadBangers.  My breakdown as an art critic, which I am so not.  But this painting just called to me and here we are.  I feel that it fits in with my metal music and it just all flows for me.  I hope you like it and no it is not for sale lol.  Diane has a lot of great pics and paintings contact her at twitter if you want and check out her pics on Flickr at  DianesDigitals, her worked has been used by magazines and books. You definitely have to check her out.  Well HeadBangers thanks and hope you enoyed this and the painting.