Welcome my HeadBangers, from Copenhagen, Denmark the one and only:

I always get the chills listening to Maja sing.  She has a very strong but haunting voice, and the words to the songs hit me everytime.

Ok now my HeadBangers it’s been a year, Forever Still was the first band on this blog.  I remember being at work and hearing the song below, listen to it, I will be back when it’s over.

A large part of the credit, if you want to call it that, for me doing this blog goes to Forever Still and Maja.  This song just so hit home with me, and it gave me that push to say Perkele, I am doing this and so I did and here we are one year later.  Let’s take a look at what’s been happening with Forever Still in that one year.

It does not get better than this my HeadBangers.  Also, The Spell European Tour 2019.  Forever Still is busier than ever, check their FaceBook Page for more gigs and dates.

Just a brief bio on the start of the band:

They were formed in 2010, Copenhagen. Three years later, their first EP was released “Breaking Free“. 2014 they released their next EP „Scars“. Everything that frontwoman Maja Shining and Multi-instrumentalist Mikkel Haastrup achieved until now has been produced by the band members themselves. Over years they organized their tours, took photos for their covers and produced everything on their own. But songs are made with Flemming Rasmussen who formerly worked as a producer for Metallica.

After releasing their EP “Save me” in 2015 they toured in the UK. After that they released their first album “Tied down”. In August 2016 they signed a worldwide contract with Nuclear Blast. Tied down was then re-released by their new label. It was critically acclaimed and the band became even more popular. In October and November 2016 they were touring through Europe with the Italian metal band Lacuna Coil.

Some interesting bio on the new album taken from their FB site:

Megacorporations owning our governments, the world on the verge of ecological collapse and humanity fleeing into cyberspace to escape the horrors of the real world – is this 2019?

When Philip K. Dick wrote what would later become Blade Runner, no one would have believed that the dystopian cyberpunk future he imagined 2019 to be, would be so similar to the world we live in today…

This realisation is what sparked the idea for the new album from FOREVER STILL – »Breathe In Colours«, which was released via Nuclear Blast on March 29th 2019.
With their sophomore full-length album, the band has evolved their songwriting skills even further and didn’t want to produce a carbon copy of its predecessor »Tied Down«, released in 2016. Instead, the new album drifts both into more epic moments like on the captivating opener ‘Rewind’ or ‘Embrace The Tide’, while frontwoman Maja Shining also delivers her heaviest screams to date on the groovy ‘Survive’ or their emotional declaration of war, ‘Fight’. And for the first time, the songwriting duo of singer Maja and multi-instrumentalist Mikkel Haastrup have decided to make the album a more collaborative effort and therefore brought their long time live drummer, Rune Frisch, into the studio with them to record the drums – a big step for the two young musicians who handled everything on their own on the previous record, from music videos to band photos, the album production and even concert booking.

For »Breathe In Colours«, the band decided to work with a futuristic and dystopian theme, as Maja explains: “Instead of looking in, we turned our focus to the world and saw it in a state of change. It somehow reminded us of the dystopian cyberpunk future, we’d seen in books and movies when we were kids, where megacorporations own our governments, the world is on the verge of ecological collapse and humanity is fleeing into cyberspace building walls around ourselves to escape the horrors of the real world. This, and the fact that two of the most influential cyberpunk works of all time, Blade Runner and Akira, are set in 2019, is what gave us the initial idea for the album and its more electronic and raw sound.”

On their social media, FOREVER STILL have already revealed some initial info on the new album hidden in binary code language, and the explanation behind the cover artwork of »Breathe In Colours« – still designed by Maja herself – is just as fascinating:
“At first glance the cover art appears quite dark and gloomy, but in reality it’s bursting with colour. Just like the real world – sometimes we just have to look really closely to actually see it. The many numbers behind me represent all the colours in the world in binary code – more commonly known as ‘computer language’ and at the same time it’s a reference to the world becoming so digital and people escaping into their computers to find colours instead of living in the real world and finding them there.”

After accomplishing two extensive European tours alongside LACUNA COIL and CHILDREN OF BODOM, the band was able to refine both their live performance and songwriting skills and to experiment with a heavier direction and the incorporation of post-rock moments, while the lyrical themes centre mostly around inner and outer wars, the need to overcome struggles and self-doubts and growing stronger through that experience – a topic that many fans can relate to and that have always helped them connect to the music ever since the band released their first singles in 2014. In the same empathic vein, the album title was inspired by an early memory that Maja kept with her from her teenage years:

“The album title was born from an experience, I had as a young teenager, where I started wearing all black and a friend of my mother’s suggested that I wear more colours. I told her that it’s just an aesthetic preference and she replied that it was okay “as long as I remembered to keep the colours on the inside”. At that time I thought, it was the stupidest thing, I’d ever heard, since wearing all black doesn’t automatically mean you’re sad inside. Despite thinking that, her words stuck with me and I was able to have it make sense in a new way much later in life. For this album it’s an affirmation that even though the world sometimes seems cold and grey, there is still colour and kindness to be found, but in order to see it, we first have to find the colours on the inside”

After sweat, blood and tears and the surprising use of a theremin, the result of FOREVER STILL’s efforts to break through the numbing grey, is a surprisingly diversified and mature album that breathes fresh air – and colours – into the bland rock scene.

“Once Upon A Nightmare”

Well my HeadBangers, as I said “Forever Still”, was part of the beginning of the blog and always will be.  Maja and the bands music gave me the push to realise I could do whatever I wanted in this life.  You have to be prepared to push yourself, to go with your feelings and not look back, but, you also have to own it in the end.  Life is full of turns and twists, go with it or play it safe and stay in the box.  That has never been me, no cookie cutter HeadBanger here my people.  And as some of my HeadBangers know, if it hadn’t been for the blog I would never have met my MetalMan and love of my life and moved 4,800 miles to start a new life in Finland, center of the metal universe.  This is what I mean when I say sometimes you just have to go with it and see where fate takes you, it might surprise you.  Metal runs in my veins and that will never change.  So to all my HeadBangers and MetalHeads thank you for reading and the support.  To all the bands I can never thank all of you enough for the time you have given me and the great music.  You are all part of my family, I love all of you.

And that ends my walk through the memory of year one.  Wait till 2020, I have a lot of new things planned and can’t wait to start.  Until then join me next week for another band and another song.  And, yeah you know what’s coming, don’t stand to close to the fire if you can’t handle the burn…. 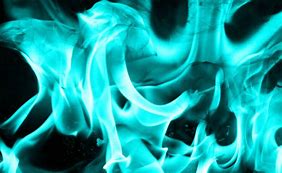 me” in 2015 they toured in the UK. After that they released their first album “Tied down”. In August 2016 they signed a worldwide contract with Nuclear Blast. Tiedown was then re-released by their new label. It was critically acclaimed and the band became even more popular. In October and November 2016 they were touring through Europe with the Italian metal band Lacuna