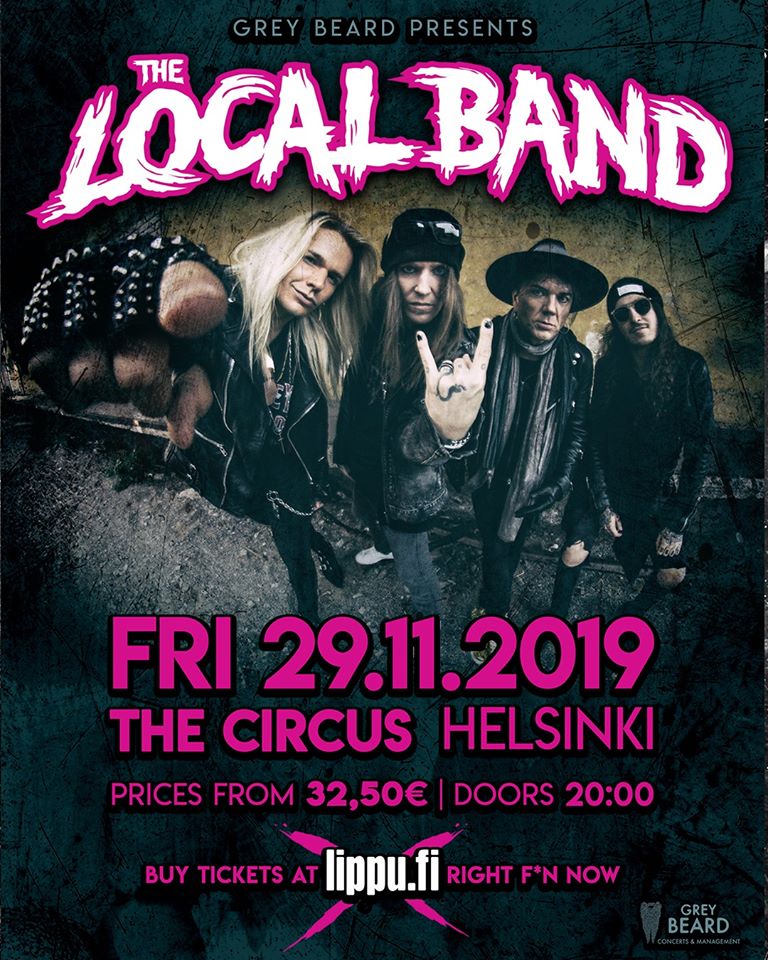 Your support is greatly appreciated:

Here they are my HeadBangers.  They need no introduction, they are some of the best gathered together for a great time and great songs.  They deliver the best concert and everyone there had a fantastic time.  All the singing and smiles it was just Perkele a great evening.

This was the first song I ever heard from The Local Band, after that I was hooked.

Then there was this song OMFG, they had me forever.

For those of you who don’t know anything about this band of great musicians, let me fill you in (taken from their site):

It was a warm dark night before Christmas in Los Angeles in 2013. Jussi 69 (The 69 Eyes) and Alexi Laiho (Children Of Bodom) met in Hollywood, had a couple of drinks and…

Alexi: “Dude, we gotta get together, play some Poison, Mötley and drink some Jack.”
Jussi: “Ok, when?”
Alexi: “Christmas.”
Jussi: “Cool.”

They shook hands and swore that they really were going to make this happen. The key word and the whole idea behind The Local Band would be to have FUN. No stress, no pressure, and definitely no business plans.

Right after Jussi and Alexi decided to do this, it was obvious they would need a charismatic singer, one who could handle all the classic hard rock super hits, from Jump to Girls, Girls, Girls, amongst all their other favorites. Jussi decided to send a message to Reckless Love´s Olli Herman.

”Naturally, I was immediately exited and kept saying: “Yes – HELLYEAH!!!”, over and over again while listening to Jussi talk me through the idea. Nothing could’ve kept me from taking part after I heard we would only perform killer songs from all the greatest 80’s hair metal bands. I couldn’t believe it. All my favourites!! I was extatic”, says Olli.

To complete the line-up they got Archie Cruz from Santa Cruz to play bass. Now this crazy crew was ready to rock!

Archie: ”When I got the call from Jussi, my jaw basically hit the floor. I had been watching these guys, these huge rockstars since I was a kid, and never in a million years thought I’d be in the same band with them when I was practising Bodom riffs in my bedroom, or watching a 69 Eyes show as a kid. The fact that we’re playing pretty much all of my favorite songs makes it even cooler. Being a part of The Local Band is a dream come true for me and it´s been one of the coolest things in my life to be a part of this.”

The Local Band was supposed to last for one night only, for a single show at the legendary Tavastia club in Helsinki, with just one interview, no rehearsals and half a soundcheck. But the universe had some other plans for these rock gods, and now the mighty quartet is spreading their good vibes around the world: Their upcoming Locals Only – Dark Edition debut EP, full of all-time-classics, is coming out Dec 4th!

If you ask Jussi, the idea of recording an EP was written in the stars.

Jussi: ”Some weeks after our first show I walked into a bar in New York and they were playing Shout At The Devil by Mötley Crüe – which was our opening song at the Tavastia show – followed by Sunglasses At Night by Corey Hart. I saw this as a sign, and called Alexi to say that we can´t leave this cool thing here. We have to do this, we need to record a single, and At Night is the most perfect song for us to cover.  Alexi agreed immediately. We didn´t want to cover the most obvious songs that every other cover band plays, as those songs are perfect the way those bands originally recorded them. We wanted to surprise people with unexpected, twisted songs. Suddenly recording just one song expanded into an EP. And it´s A perverse, totally unexpected collection of songs that me and Alexi came up with. Those are some of our favorites that pretty much nobody knows.”

The EP was recorded in four days, and The Local Band is very proud of the result.

”It´s a killer, mind blowing party music EP which is going to blow people´s minds. Oh, and the key word, the reason why we did this, even though every one of us is busier than ever with our own bands… We had so much fun doing it, a fucking blast! I know that can be heard from the end result”, says Jussi.

I tried to video every song they did, so I have just posted them for you.

I love this band simply put because it’s all about good old songs and fun.  They enjoy what they do and you can see it in every song.  Their interaction with the crowd is a pleasure to see.  Not to mention the number one drummer, Jussi, and number one guitar and growl vocalist, to me, on the planet, Alexi.

Since doing this blog, over a year now, and doing a band a week sometimes more.  I have found that I am no longer a participant at a concert but, more of a student.   I’ve noticed that now I am quiet and more focused on the players in the band and their sound, what they bring to the crowd.  Most of the time there is only one maybe two in a band that grab my ear.  I have developed a very deep appreciation for each player and their talent, what they bring.  There is more to a band than a group of people playing music.  Each one has a talent and love of what they do.   I have found that each player, no matter the instrument, drags from the deepest part of themselves this sound and when combined with the other players it is pure metal a sound that  bores into your soul and burns in your blood.  It awakens every part of you, physically and mentally.  Hell why do you think HeadBangers can’t sleep after a show lmao.

Every band can teach you something, if you listen.  At your next concert try to quiet yourself and be the student.  You will hear and feel things you haven’t before, trust me I know.  It’s an amazing experience and I’m glad to be the student, it has awakened me.

Well that’s it for this week my HeadBangers.  Join me next week for another band and another song.  In the meantime, yeah it’s coming, don’t stand to close to the fire if you can’t handle the burn….. 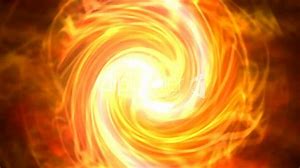 Your support is greatly appreciated: