Thank you for your support HeadBangers

Is this some Melodic Progressive Metal or what!!!!   I have goosebumps all over me listening to this OMFG.

Here’s some bio taken from their site:

Their debut album ‘Rooms Of Revelation’ showcases the bands versatile attitude for music being a tasty mixture of the metallic and the melodic side of progressive and power metal, combined with a touch of 80s AOR/hard rock music.

In 2002, long time band-mates Andras Adam Horvath and Gergely Springer decided to form a band to play progressive metal music.After recording a demo in 2003 Dreyelands recorded their first release, a promotional EP titled ‘Can’t Hide Away’ (released in 2007). There was also a music video made for the title song of the EP. This video was featured several times on the Headbanger’s Ball program of MTV Hungary with the EP receiving great feedback from not only Hungarian but also international press. During 2007 the band finished the song writing for the debut album ‘Rooms of Revelation’ which was recorded in several studios in Hungary and Serbia in 2008 and mixed/mastered by well known Hungarian producer/engineer Barnabás Hidasi at HL-Studio in 2009.

Hearing the band, the staff at Lion Music was blown away with the quality of material on offer and a deal was finalised in September 2009.

Dreyelands offer up a new fresh, yet classic sound in the melodic progressive metal genre and ‘Rooms Of Revelation’ opened its doors to the public on April 17 2010.

The band featured on Lion Music’s Embrace the Sun project with a previously unreleased song, ‘Life Is Worth The Pain’. This double compilation CD was for the vicitims of the March 2011 tsunami in Japan.

Dreyelands opened for Queensryche, Fates Warning and Adrenaline Mob on their recent show in Budapest, Hungary and for Leprous in Belgrade, Serbia.

I’m including all their social media links.  Enjoy HeadBangers.

Close your eyes and feel this.

Here’s  some interesting history on Budapest.

The city of Budapest was officially created on 17 November 1873 from a merger of the three neighboring cities of Pest, Buda and Óbuda. Smaller towns on the outskirts of the original city were amalgamated into Greater Budapest in 1950. The origins of Budapest can be traced to Celts who occupied the plains of Hungary in the 4th century BC. The area was later conquered by the Roman Empire, which established the fortress and town of Aquincum on the site of today’s Budapest around AD 100. The Romans were expelled in the 5th century by the Huns, who were challenged by various tribes during the next several centuries. The Hungarian conquest of the Carpathian Basin started at the end of the 9th century, and the Kingdom of Hungary was established at the end of the 11th century.  From around 1300 to the incorporation of 1873, Buda was the capital of the Kingdom of Hungary for five periods of less than a century each.

When I discover a band I’ve never heard before it takes me to another place, it’s the biggest rush in the world.   Then as I continue to listen and learn more about them the fire grows and I am the moth to their flame.  That is how it is with Dreyelands.  Their music calls to me in an unexplainable way and there is no stopping, I just go.  Now forever they will be part of me and my music.   The music is what keeps me going, without it I would be lost.  Listen to Dreyelands and tell me what you think.

Well my HeadBangers that’s it for this week.  Join me next week for another band and another song, until then don’t stand to close to the fire if you can’t handle the burn….. 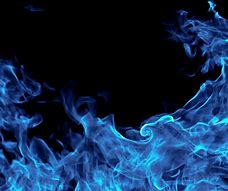