Welcome my HeadBangers from Vaatna, Finland:

“For Crying Out Loud”

Well my HeadBangers what do you think?  Definitely a bunch of hotties playing Rock for sure.

Let’s take a look at some bio on these guys taken from their site:

The story of Shiraz Lane began in 2011 (Vantaa, Finland) as a group of five had an ambition to form a new generation Rock band, through which it could channel its raging creativity and passion for music. After a couple of years of soul searching, the band started to blossom and reach its anticipated potential when the current desirable line-up was solidified in 2015. Shiraz Lane wreaks of creative variety, which resonates through their double-edged guitar sound (produced by lead guitarist Jani Laine and rhythm guitarist Miki Kalske), groovy-yet-solid ground pounding (Ana Willman drums & Joel Alex bass) and the unmistakably high-soaring melodies chanted by lead singer Hannes Kett. Despite their relative youth, they are already veterans of the underground circuit in their homeland and have developed a reputation for being uncompromising, loud, and most of all the genuine article. Although wearing inspiration and paying homage to their predecessors like Aerosmith and Guns N’ Roses, their sound and music is destined to develop into something unique. The “Big Guns” of the modern Rock, such as members from Halestorm, The 69 Eyes, Amorphis, Children Of Bodom, Lordi and Sonic Syndicate, have all described them as being one of the most entertaining bands they have seen in the upcoming Hard Rock scene, bringing a fresh breeze to the table in terms of both compositions and live performance.

Shiraz Lane’s debut five track EP named “Be The Slave Or Be The Change” was released in the spring of 2015. It was extremely well received by both public and the press and the single ”Mental Slavery” could even be described as an underground hit. Following this mini-record the band has released four EP supporting music videos, toured the biggest national summer festivals and played in Toronto (Canada), Tokyo (Japan) & Wacken Open Air in Germany. In the Autumn of 2015 Shiraz Lane embarked on an extensive national tour, playing the biggest club venues in Finland as a supporting act. The hype culminated with a worldwide record deal with Frontiers Music Srl, which was signed and sealed in September. Although music is not a matter of competition, it might be suitable to list winning the Hard Rock Rising 2014 and Wacken Metal Battle 2015 competitions as past merits.

Their debut album For Crying Out Loud was released worldwide in April 2016, and it was a success story from the beginning, achieving 6/7 stars in Metal Hammer Germany and a lot of praise by the biggest Finnish music magazine Soundi. The young rockers spent the following Summer playing festivals and packed their gear for a two months long European tour with Lordi in the Fall of 2016, before heading to their first headliner tour in February 2017 in Spain.

Shiraz Lane has been extremely busy throughout the year 2017 composing, producing and recording their second album in collaboration with the Swedish producer-wizard Per Aldeheim. The first single ”Harder To Breathe” was released on October 11th 2017 accompanied by a music video. Straight after the band headed on yet another extensive European conquest opening for Brother Firetribe. 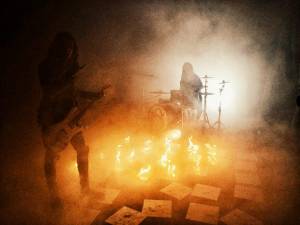 Paska my HeadBangers, FIRE on stage, you know I’m loving this!!

The ‘’Carnival Days’’ album was released in February 2018 and music videos for ‘’People Like Us’’ and ‘’The Crown’’ were released. Shiraz Lane continued on to play countless shows in Europe and Finland throughout the year 2018. In November & December of 2018, Shiraz Lane joined forces H.E.A.T for a month long European adventure. Since then Shiraz Lane has been busy working on new music and playing shows selectively during the summer.

In June 2019 Shiraz Lane announces that they have changed their record label to Ranka Kustannus which is operated by the legendary Riku Pääkkönen (the man behind the uprising of bands such as Nightwish and Children Of Bodom). New material is expected to be release. 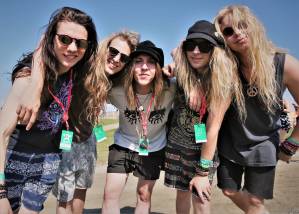 OK  Hannes you got me, “It’s ok to cry it’s ok to hurt, we have all lost someone, we have to change the way we live, we are  family”, to be that young and you guys get it, I have to tell you I am so impressed by you guys, I really am.  I hope your music and the word you are spreading are heard all over this planet.  I will blast this across all my social media.  The one thing that unites us is music, sure we don’t all like the same music, but it still make us family.  It is time we all really take stock of what has been happening over the last year, it’s like a bad movie, but we keep going.  There is so much descension and sadness that we have to change it.  In the meantime I try to spread the word through this blog, we are one family, one metal family.  We are always here for each other.  Good Luck guys I have no doubt that you will succeed in your dream, if there’s anything you want blasted out just contact me and I will be happy to do it.  Much love Shiraz Lane, you have a message, my HeadBangers listen to it, breathe it in.  You will feel it…..

Well that’s it for this week my HeadBangers.  Join me next week for another band and another song.  Until then don’t stand to close to the fire if you can’t handle the burn….