“Eyes Of The World”

This is Melodic Death Metal, but there is a little something extra in it.  Sounds like a little black metal mixed in there, what do you thing my HeadBangers??  Let’s look at some bio on these guys and see what we find out…

The Swedish  band is considered melodic death metal. They are considered one of the pioneering acts of the Gothenburg metal scene, which also includes bands such as In Flames and At the Gates. Dark Tranquillity is regarded as the Gothenburg fathers in the film entitled Out of Nothing: A DT Documentary released by Century Media, which you can find on YouTube.  It was filmed in their home town in April 2009.  It’s really interesting so take a look at it guys.

I want to let you know just exactly what this “Gothenburg Metal Scene”, means:

Basically when they are talking about a “Different Sound”, you know how I always say I can tell Finnish from Swedish, from Norwegian metal.  Well it’s because of the way the guys tune or detune their instruments.  I have always said if you listen to one countries metal then listen to another, if you have ‘The Ear” you will be able to tell where they come from.  At least that’s what I can do, everyone is different but you can learn more about it if you want just look up Gothenburg Metal Scene and it will open a new behind the scenes look at how different metal happened, just by musicians trying new things with their instruments.  Now back to their bio.

In 1990, the band recorded a demo entitled Enfeebled Earth before changing their name to Dark Tranquillity, which featured a largely thrash metal-influenced style of death metal, comparable to early Death.  After releasing another demo entitled Rehearsal December 1990, the band changed its name to Dark Tranquillity, and released multiple demos, including Trail of Life Decayed in 1991 and A Moonclad Reflection in 1992, which both showed a progression into the more melodic nuances of death metal that the band would explore on their later studio releases.

This is the demo from Septic Broiler “Enfeebled Earth – 1990”

In August 1993, the band released their debut album Skydancer. Soon after, vocalist Anders Fridén left the band and joined fellow Gothenburg band, In Flames. Guitarist Mikael Stanne then assumed the position of lead vocalist, and Fredrik Johansson was recruited to take over guitar duties.

In 1994, Dark Tranquillity covered the song “My Friend of Misery” for the Metallica tribute album Metal Militia − A Tribute to Metallica.

“My Friend of Misery”

Projector was released in June 1999, and was later nominated for a Swedish Grammy Award. The album saw a major change in songwriting: while retaining growled vocals and their signature death metal sound, the band added pianos, baritone soft vocals, and verse-chorus fashion to their sound, reflecting the band’s goal to strive for different musical expressions. Around the same time, Skydancer and Of Chaos and Eternal Night were reissued together as Skydancer/Of Chaos and Eternal Night.

2000 saw the release of Haven, which featured prominent electronics in comparison to previous releases. Like its predecessor, Haven was also received in a generally mixed manner by fans and critics alike.

Dark Tranquillity released Damage Done in 2002, was a return to a much heavier direction, adding thicker guitar distortion, deep atmospheric keyboards, and abandoning soft vocals altogether. They released the music video for the single “Monochromatic Stains”, followed by their release of Live Damage, their first live DVD. In 2004, their compilation album Exposures – In Retrospect and Denial, featuring one disc with rare and unreleased tracks and another with live tracks, was released.

Character was the seventh release from Dark Tranquillity, released in 2005, and was held in much critical praise. It featured the third music video released by Dark Tranquillity, with the successful single “Lost to Apathy”.   After releasing the album, the band played live in Canada for the first time.

In 2007, Fiction was released, which in turn, saw a return of Stanne’s clean vocals, and the first female guest vocalist since Projector. The album also saw writing style that combined the stylings of Projector and Haven, with the more aggressive traits of Character and Damage Done. At this time, Dark Tranquillity toured with The Haunted, Into Eternity, and Scar Symmetry for the North America Metal for the Masses Tour. They also toured the UK in early 2008 along with Omnium Gatherum. They returned to the US during spring 2008 with Arch Enemy. On the band’s official website they announced that bass guitarist Niklasson left the band in August 2008 due to personal reasons with no hard feelings between him and the band. On 19 September 2008, the band found a new bassist in Dimension Zero guitarist Daniel Antonsson, who also was a guitarist for Soilwork.

On 14 October 2009, Dark Tranquillity finished work on their ninth studio album. On 26 October 2009, they released a DVD titled Where Death Is Most Alive. On 30 October 2009, at the release party of the DVD, 333 copies were given away for free of the rare live album The Dying Fragments. On 21 December 2009, Dark Tranquillity released the song “Dream Oblivion”, and on 14 January 2010, they released the song “At the Point of Ignition”,  from their ninth album, exclusively on their MySpace page. Their ninth album, titled We Are the Void, was released on 1 March 2010 in Europe and 2 March in the US. They were also the opening act for a US winter tour that was headlined by Killswitch Engage and joined by The Devil Wears Prada.

Dark Tranquillity headlined a North American tour in May–June 2010 with Threat Signal, Mutiny Within and the Absence.   In February 2011, the band performed live at BITS Pilani Hyderabad Campus in Hyderabad, India.

I’m going to jump ahead to 2019, as you can see the band has a lot of history, and members leaving and new members coming, but that is what occurs with a band that has been around awhile.  What you wanted to do when you are 19 may not be what you want to do after 26 years with the same people.  It doesn’t always have to be an explosion of personalities, as with relationships, people grow apart simple as that, you wish them the best and you both go your own way.

On June 29,  2019, Mikael Stanne said in an interview that the band is “gathering material and starting the pre-production process” for their twelfth studio album.  On 22 March 2020, Niklas Sundin released a statement on Dark Tranquillity’s social media, announcing his departure from the band. A week later the band announced on that the recording of their new album had started, and that the two guitarists who had been touring with the band touring since 2017, Christopher Amott and Johan Reinholdz are now full members of the band. The album, Moment, was released on 20 November 2020. As a preview, they released the singles “Phantom Days”, “Identical to None”, “The Dark Unbroken” and “Eyes Of The World” on September 11th, October 16th, October 30th and on November 20th 2020, respectively. 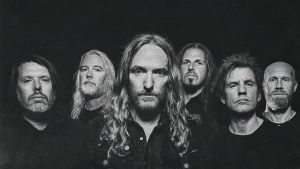 Well first my HeadBangers, sorry for the delay, no internet access for a couple days.  Tell me what you think of these guys.   Me, I love them.  After being around 32 years, come on, they sound better than ever.   Their songs, especially The Dark Unbroken gives me the chills.  You know the feeling you get when you’re alone looking out of the window from behind blinds and all you see is snow, and the world is crumbling around you, this is how it makes me feel.  Sometimes you have to shut down to continue, hurting from the inside out as he sings, but it will pass, and the music; it will remain long after we are gone.  We were for a second in time one with the band, the music, joined together by the singers call, and here we are my metal family 2021 still going, still hoping, still METAL!!!!!!

That’s it for this week, join me next week for another band and another song.  Sorry to rush my thoughts this week, but they’re a little darker than usual so I’ll let the music speak for me.  In the meantime don’t stand to close to the fire if you can’t handle the burn….. 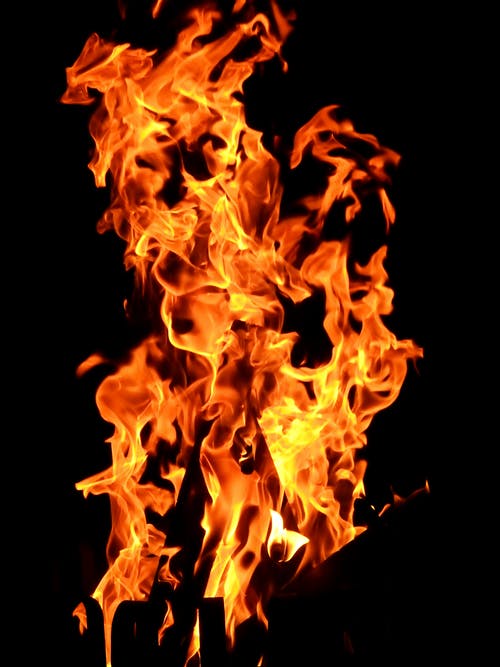