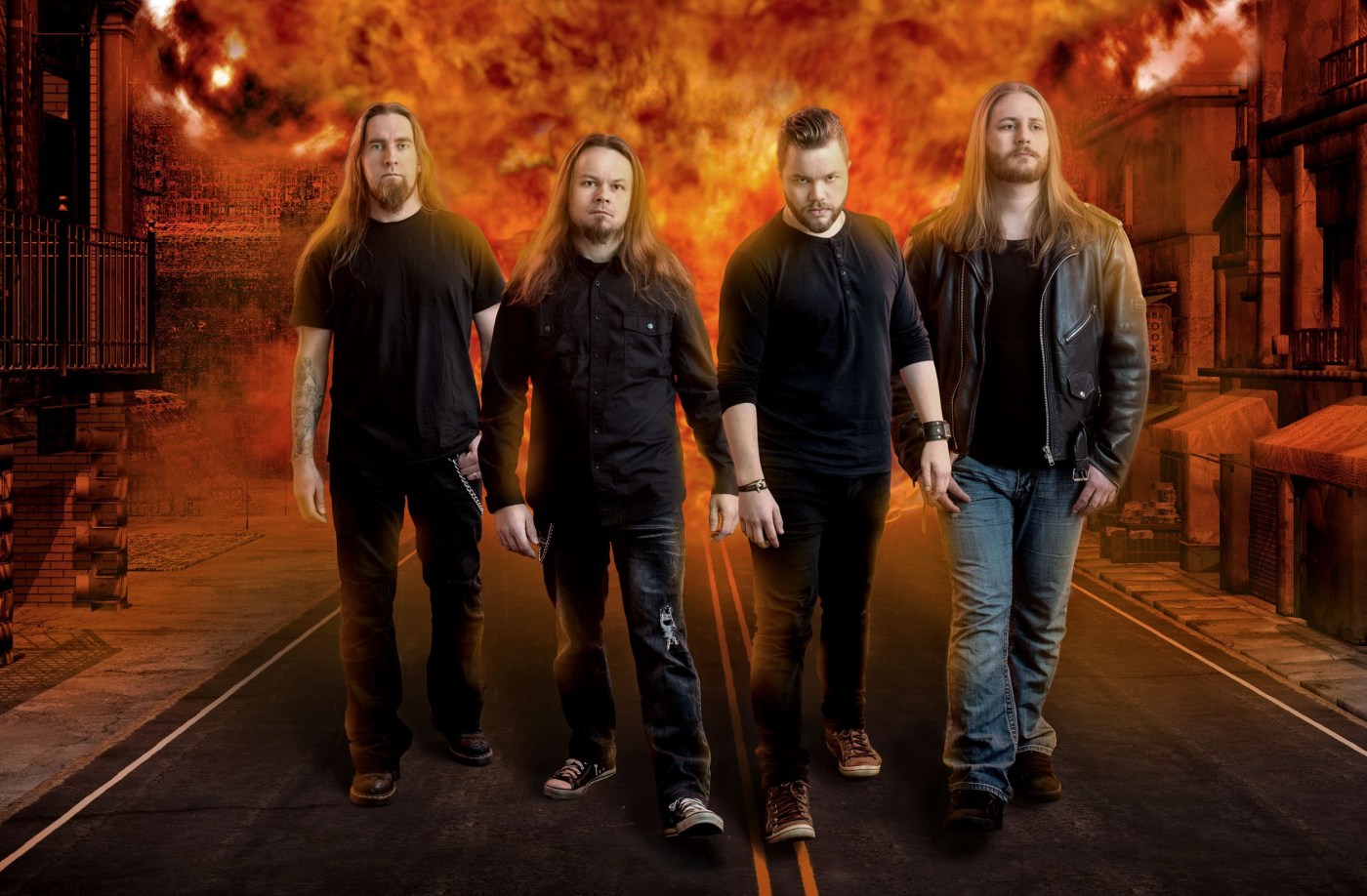 My HeadBangers, it is my pleasure to bring you from Kouvola, Finland, the Melodic Death Metal Band:

Well first off they have fire so you know I’m in lmao.

Listen to that voice, perfect, thank you Sami.  There is nothing like Finnish Melodic Death Metal.  I have said this many times and my HeadBangers know.  Finnish Metal has a totally different sound, I can’t even put it into words, since I have “The Ear”, I can hear it, but I still don’t know how to describe it.  I wish I could relate it better but I can’t, it’s just there.  If you listen to Nordic Metal, it will take sometime, but if you listen, eventually you will be able to pick the country the band is from by their sound.  Each one has this little something different, try it and let me know if you can hear it too.

I want to thank the band, especially Jussi Viren, on  guitar, for working to get a bio on the band done for me.  It makes a huge difference when a band takes time to put together their story for me so I can bring it to my HeadBangers.  Now on with the bio:

Thy Kingdom Will Burn is a Melodic Death Metal Band from Kouvola, Finland, founded in 2016.  The band came together when vocalist, guitarist, and main songwriter Sami Kujala buried his former band “Serpent Sun”, and started looking for new partners in crime to envision his idea to form a more aggressive death metal style band.  He was inspired by bands like Entombed, Sepulture, Bolt Thrower and Gojira.

Sami played a few demos he had made to Lauri Viren (Drums) and Jussi Viren (Guitar), his old bandmates from a band called Wirens,  (Jussi also plays with Sami in a band called Muderdome).  They were straight away on board, all they needed then was a bass player.  Jussi and Lauri knew of a bass player called Janne Ruuskanen and recommended that they ask him.  Janne was immediately interested and so the band was born.

The Idea for the name “Thy Kingdom Will Burn”, came from War of Wargraft commercial.

January 2017 the band made their first 3 demo songs, and also did a dozen gigs around Finland.  The Band’s style started to change a little bit during this time to a more melodic direction, as bands like Sentenced, Dark Tranquillity, Cradle of Filth and Paradise Lost had also always been a big part of Kujalas music taste.

2018 the band did their second 3 song demo “Unclean”, (Which is named as an ep., but is actually a demo).  More gigs followed and in 2019 the band decided it was time for a full length album.  The Band recorded most of the instruments at their own rehearsal place, except drums were recorded at Deep noise studio in Kouvola with Juho Raihal.  The album was mixed and mastered and guitars were re-amped by Juho Raiha in this Sound Spiral Studios.

Making of the album took quite a long time but, at the end of 2020 it was finally done.  2020 also marked a huge leap forward for the band as they signed a records deal with Scarlet Records from Italy.  And the story continues…… 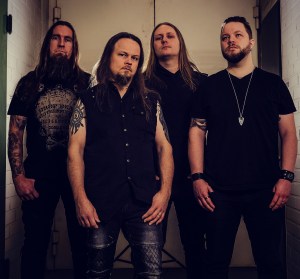 Well my HeadBangers, this band was a very nice surprise.  Like I always say there are so many great bands out there and some find me and some I find.  They have a lot going on right now, and we will update the blog as they go.  Either way they have a great sound and the vocals, yes you know how i like my growl vocals, I look forward to hearing more from them this year so get ready…..

Well that’s it for this week my HeadBangers.  Join me next week for another band and another song.  Until then don’t stand to close to the fire if you can’t handle the burn…..